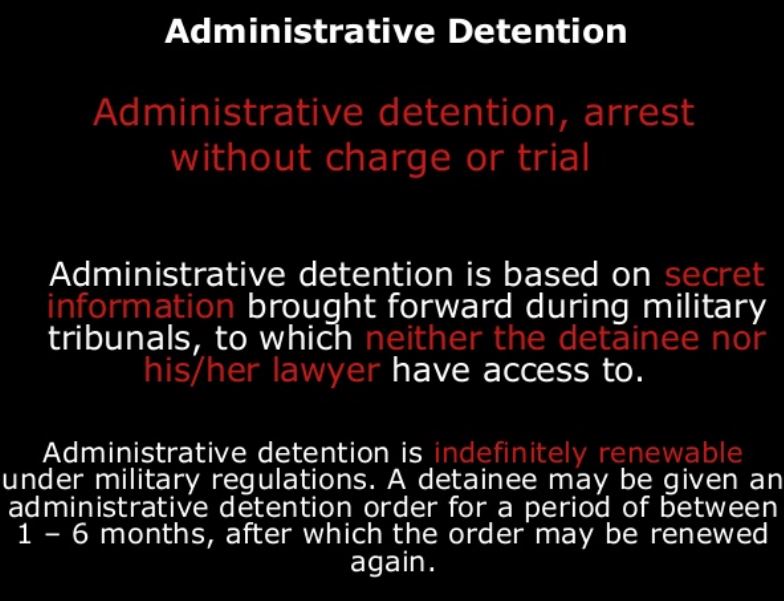 The detainees declared their boycott of the Israeli military courts on February 15th and are demanding Israel to end the illegal policies of holding them indefinitely, without charges or trial.

They are also calling on all legal and human rights groups to submit their cases, and the ongoing violations, to the International Criminal Court.

There are at least 450 Palestinians held under Administrative Detention orders, most of them spent years imprisoned under these orders, including some who have been imprisoned for more than 14 years.