Al Haq: Blocking of Websites Critical of PA is a Violation of International and Domestic Laws 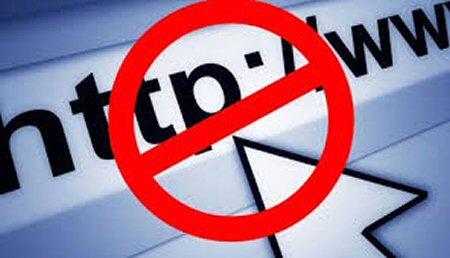 Beginning in early June, Palestinian internet providers began blocking approximately sixteen websites allegedly on grounds of a decision made by the Attorney General. Since then, these websites have been blocked and inaccessible to the public.

The blocked websites often post news or opinions that are critical of the Palestinian Authority.

Blocking websites on the internet may impinge on the right to freedom of expression, including “freedom to seek, receive and impart information and ideas of all kinds,” as found under Article 19 of the International Covenant of Civil and Political Rights, unless certain restrictions are met and provided for by law.

UN bodies and experts, including the former Special Rapporteur on the promotion and protection of the right to freedom of opinion and expression, Frank La Rue, have underscored the importance of the internet and its role in “expanding the capacity of individuals to enjoy their right to freedom of opinion and expression, which is an ‘enabler’ of other human rights.” In a 2016 resolution, the UN Human Rights Council condemned measures by states to “intentionally prevent or disrupt access to or dissemination of information online” and called on states to cease such measures.

The blocking of these websites do not fall within the limited restrictions on freedom of expression provided for under international human rights law, and also violate provisions of the Palestinian Basic Law, the 1995 Law on Printed Materials and Publication, and the 2009 Law by Decree on the Palestinian Telecommunications Regulatory Authority.

Article 27 of the Basic Law provides that “censorship of the media shall be prohibited. No warning, suspension, confiscation, cancellation or restriction shall be imposed upon the media except by law, and pursuant to a judicial ruling.” Article 19 of the Law safeguards freedom of opinion and expression of all forms and types. Article 32 of the Basic Law also stresses that any violations of public freedoms, including freedom of expression, “shall be considered a crime.

Criminal and civil cases resulting from such violations may not be subject to any statute of limitations. The National Authority shall guarantee a fair remedy to those who suffer from such damage.”

Al-Haq Palestinian human rights group is calling for the block of the 16 websites to be lifted, and for the Palestinian Authority to fulfill its obligations under law, PNN reports.