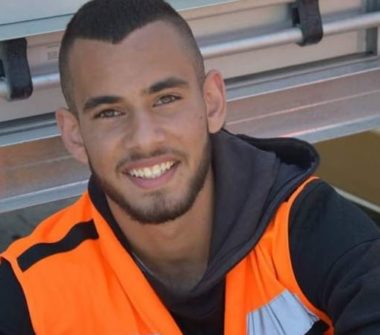 By Al-Haq independent Palestinian non-governmental human rights organization: On 27 March 2019, the Israeli occupying forces killed 17-year-old Palestinian citizen, Sajed Abdul-Hakim Hilmi Mizhir, a volunteer first responder with the Palestinian Medical Relief Society (PMRS), who was fatally shot by the Israeli occupying forces while he was on duty tending to the injured during confrontations between Palestinian youth and Israeli soldiers in Dheisheh Refugee Camp, south of Bethlehem, in the occupied West Bank.

Since Wednesday, 27 March 2019, Al-Haq has carried out comprehensive field investigations into the killing of Sajed Mizher, having collected sworn affidavits from eyewitnesses, prepared a field report of the incident, and collected images and other relevant documents on the case.

This report outlines the facts of the killing, as documented by Al-Haq, and provides contextual information collected in relation to the victim, while it further details the distortion of the truth by the Israeli occupying authorities in relation to alleged footage of the killing distributed by the Israeli army and media, and sheds light on Al-Haq’s conclusions as a result of its detailed documentation and follow-up.