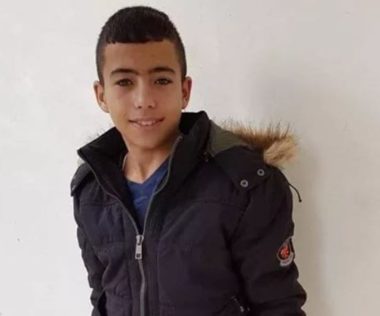 Israeli soldiers abducted, on Tuesday at dawn, four young Palestinian men in Hebron governorate, in southern West Bank, and one child in Jenin, in the northern part, the Palestinian Prisoners’ Society (PPS) has reported.

The soldiers also invaded many neighborhoods in the nearby towns of as-Sammoa’ and Beit ‘Awwa towns, and installed roadblocks at the entrances of ath-Thaheriyya and Doura towns, in addition to the al-Fawwar refugee camp.

The soldiers stopped and searched dozens of cars and interrogated the Palestinian while inspecting their ID cards.

Furthermore, the soldiers invaded and ransacked many homes in Ya’bad town, southwest of the northern West Bank city of Jenin, and abducted a child, identified as Zeid Ahmad Ba’jawi, 14.

The detained child is the son of Ahmad Ba’jawi, the head of Palestine TV office in Tulkarem, while his brother Majd is imprisoned by Israel.

The Israeli army claimed that Palestinian fighters fired several live rounds at one of its military bases near the town.