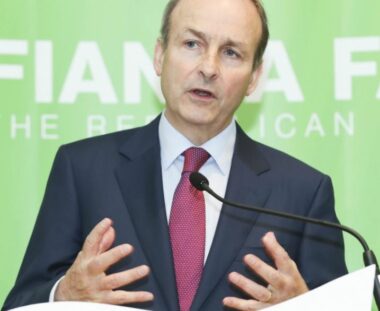 The Al-Haq Palestinian non-governmental human rights organization has written to An Taoiseach Micheál Martin, the leader of the Government of Ireland, urging support for the Control of Economic Activities (Occupied Territories) Bill and the recognition of the State of Palestine.

Following suggestions made by Micheál Martin in the Irish parliament that the Occupied Territories Bill is not in compliance with Ireland’s obligations under European Union law,[1] Al-Haq assured the Taoiseach that the prohibition of the importation and sale of settlement produce is not only in full conformity which EU law and policy, as affirmed by eminent legal experts such as Professor James Crawford of the International Court of Justice and Professor Takis Tridimas of King’s College London, but would moreover bring Ireland into compliance with its Third State obligations.

Al-Haq noted that Fianna Fáil’s 2020 election manifesto made commitments to “Progress the Occupied Territories Bill” and “Continue to spearhead the campaign to seek the recognition of the state of Palestine by the Irish Government”,[2]as well as that it was Fianna Fáil which introduced the Bill, initially tabled by Senator Frances Black in Ireland’s upper house, to the parliament’s lower house.

Al-Haq also recommended the recognition of the State of Palestine, as was included in Fianna Fáil’s manifesto and the Programme for Government,[3] as a method by which Israel’s deeply entrenched and pervasive culture of impunity for international crimes and human rights violations may be combatted. Al-Haq noted that non-recognition of the State of Palestine has been a consistent tactic in attempts by third States to frustrate the pursuit of justice for Palestinians at the International Criminal Court. In this respect, recognition by further States with the standing of Ireland may contribute towards the ultimate goal of achieving justice for Palestinians killed by Israel, such as Iyad Al-Hallaq[4] and Ahmad Erekat.[5]