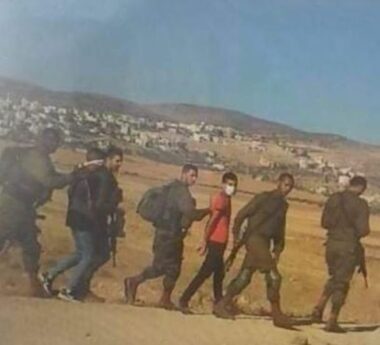 He added that the two children were walking in the al-‘Ein area, south of Qaryout when the soldiers abducted them and took them to Shilo.

The official denounced the abduction of the two children, and stated that moving them to a colony is a very serious violation, especially amidst the escalating assaults by the colonists, and seemingly grants them official security tasks in the Palestinian territories that will pose a real threat to the lives and the freedom of movement of citizens.