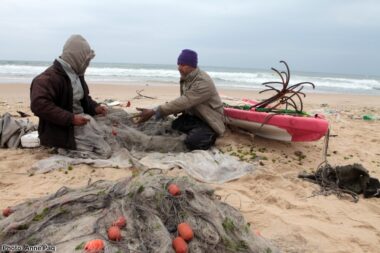 On Monday morning, 26 April 2021, the Israeli Coordinator of Government Activities in the Territories (COGAT) announced the complete closure of Gaza’s fishing zone, apparently in response to the firing of projectiles from the Gaza Strip. Severely impacting the livelihoods of the fishing community in the Gaza Strip—estimated at 5,000 workers and their families—and factually unrelated to the two days of military activities between Israel and Palestinian armed groups, the arbitrary and punitive move constitutes a form of collective punishment and violates the Fourth Geneva Convention and international human rights treaties to which Israel is a State Party.

Since 2007, Israel has maintained a fluctuating fishing zone as part of its maritime “buffer zone” policy—i.e., the no-go military areas unilaterally imposed by Israel on Palestinian waters—which often completely prohibits fishing for Palestinians. Over the years, Israel’s unlawful and unwarranted attacks—that include lethal and other excessive force, arbitrary arrest, and confiscation and destruction of boats and other fishing materials—and punitive restrictions against Palestinian fishers, have made fishing off Gaza’s coast a risk to life and safety and pushed the fishing community into extreme poverty.

These practices are part of Israel’s ongoing closure policy over the Gaza Strip, which amounts to an unlawful collective punishment of the more than two million Palestinian residents, and are among the practices, laws, and policies that constitute Israel’s apartheid regime against the Palestinian people. Due to its severity and length, the closure has been catastrophic for the socioeconomic situation in Gaza, with food insecurity and unemployment levels estimated at 62.2 percent and 46.6 percent, respectively.[1]

Al Mezan strongly condemns Israel’s arbitrary and punitive closure of Gaza’s fishing zone, as well as its incessant attacks on the fishing community. Al Mezan also maintains that these forms of collective punishment amount to war crimes and, as part of a widespread or systematic policy, crimes against humanity, and are the main drivers of the deteriorating humanitarian situation in Gaza. The international community must take urgent action to end Israel’s attacks and punitive measures against vulnerable communities within the civilian population and ensure accountability and justice for all violations.