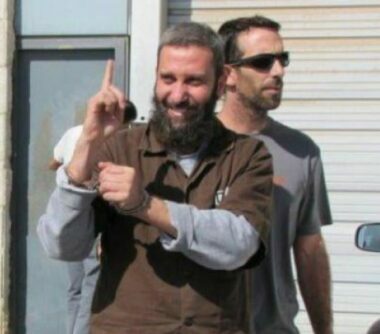 The Commission of Detainees’ Affairs has reported, Wednesday, that a Palestinian political prisoner, currently at the Ramla prison clinic, is facing serious health conditions and complications.

The Commission stated that the detainee, Nathem Abu Salim, has a heart condition, and is taking several medications, in addition to needing urgent surgery to implant a pacemaker to control his heartbeat.

It added that the Israeli Prison Administration is delaying even looking into approving his surgery, although his condition requires one as soon as possible.

It is worth mentioning that Abu Salim is serving a prison sentence of 24 months, and is also a former political prisoner who was repeatedly abducted, interrogated, and imprisoned, in addition to frequently receiving orders barring him from traveling. He is the Imam of Shahabuddin Mosque in Nazareth.

In related news, the Palestinian Prisoners’ Society (PPS) has reported, Wednesday, that the hunger-striking detainee Emad Sawarka, from Jericho, has lost more than 18 kilograms of his weight, and is unable to walk.