Alison Weir: 18 Years of Advocacy and Support for Palestinian Rights 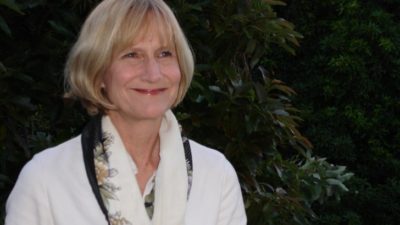 The IMEMC would like to extend our best wishes to Alison Weir, who began her work for the advocacy of Palestinian equal rights 18 years ago, in March 2001.

Alison is the founder of If Americans Knew, and more recently the Israel Palestine Timeline, which tracks the deaths of Israelis and Palestinians in the Israel-Palestine conflict.

Alison has been a tireless supporter of equity and justice in the Israel-Palestine conflict, and has never stopped in her support for Palestinian rights, and for independent Palestinian-run media like the IMEMC.

She has been instrumental in ensuring the survival of our small, independent media organization, the International Middle East Media Center.

She approached this issue of Israel/Palestine as a journalist, a true, unbiased journalist seeking to ‘get to the bottom of the story’. Through this approach, she has been more objective and fact-based in her approach than most journalists covering the conflict.

As someone who recognized the level of misinformation that most Americans have about this issue, she started ‘If Americans Knew’ to help Americans find out some of the very basic facts that their education in the U.S. left out: like the fact that Israel was created on Palestinian land in 1948, causing the displacement of 750,000 Palestinians from their homes in what is now Israel, and creating a refugee crisis in which many of the descendants of those displaced Palestinians remain in refugee camps two and three generations later.

She commissioned studies of U.S. media coverage of the conflict, and documented the bias in coverage by every major media outlet in the U.S. She has held her ground through unwarranted attacks on her character and attempts to smear her work by right-wing and even leftist groups and individuals.

And through these years, Alison has been a steadfast supporter of the IMEMC, the only fully independent Palestinian English-language news agency.

We want to thank Alison for her work, for her support, and for her continued commitment to freedom and justice for all people. This includes her clear recognition of the late South African President Nelson Mandela’s statement, “None of us will truly be free until the Palestinians are free.”