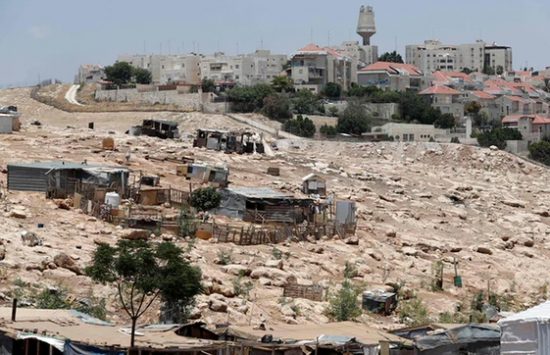 Eight ambassadors to Israel have written to the Israeli military accusing it of breaking international humanitarian law by confiscating shelters for Bedouins in the occupied West Bank that were paid for by European governments.

The letter, sent privately to Maj Gen Yoav Mordechai earlier this month – and leaked to the Guardian – refers to two incidents in May and June of this year in which shelters funded by EU governments for Bedouins in the occupied territories were confiscated.

The first incident took place on 16 May when the Israeli civil administration dismantled and confiscated “materials for 10 residential caravans in the community of Jabal al Baba, displacing 49 people” from what the letter describes as a “vulnerable” Bedouin community.

The second incident referred to the “dismantling and confiscation” of seven caravans in Sateh el Bahir, six of which were being used as homes and the seventh as a kindergarten. Six families, numbering 26 individuals, were displaced.

The letter is the latest evidence of growing tension between donor governments and Israel over EU aid to threatened Bedouin communities in the part of the occupied Palestinian territories designated as Area C, where Israel has full security and administrative control.

Continue reading at The Guardian.