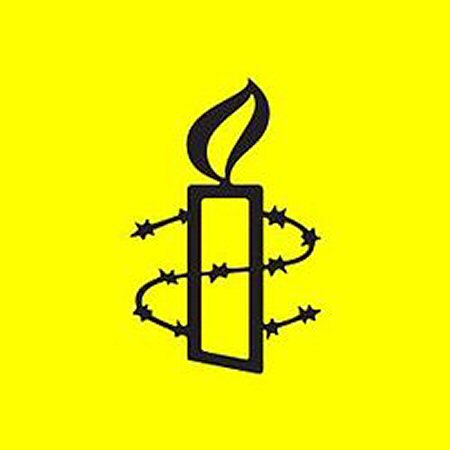 Fifty years into the Israeli occupation of the West Bank, Gaza, and East Jerusalem, NGO Amnesty International announced, on Wednesday, that it was launching a campaign to convince the international community to implement a full boycott of illegal Israeli settlements across the occupied Palestinian territory.

“One of the tragedies of 50 years of ceaseless occupation-related violations is that the world has become accustomed to the shocking level of oppression and humiliation that Palestinians face in their daily lives in the occupied territories,” Amnesty International Secretary-General Salil Shetty said, according to Ma’an.

“States that continue to help settlements flourish economically are blatantly undermining their international obligations and the very policies they have pledged to uphold,” Shetty added. “Fifty years on, merely condemning Israel’s settlement expansion is not enough. It’s time for states to take concrete international action to stop the financing of settlements which themselves flagrantly violate international law and constitute war crimes.”

Slamming Israel’s “virtually total impunity” for its war crimes and crimes against humanity committed since 1967, Shetty called on foreign states to impose an “international ban on settlement products, a comprehensive arms embargo on Israel and Palestinian armed groups,” as well as full investigations by the International Criminal Court into crimes committed as part of the Israeli-Palestinian conflict.

Since 1967, Israel has stood accused of committing major violations of human rights and humanitarian law in the occupied Palestinian territory, including excessive and deadly use of violence; forced displacement; the blockade of the Gaza Strip; unjustified restrictions on movement; and the expansion of illegal settlements.

“Israel has made it abundantly clear that maintaining and expanding settlements takes priority over respect for international law. It’s time for the world to send a clear message that it will no longer tolerate the Israeli authorities’ blatant disregard for international law,” Shetty said. “By banning settlement goods and putting in place laws and regulations that stop companies from operating in Israeli settlements, governments worldwide have an opportunity to make a real difference to the lives of millions of Palestinians who have endured decades of injustice, indignity and discrimination.”

“This has been a longstanding Palestinian demand from the international community,” Erekat said in a statement. “The world should not continue to tolerate this. Accountability is the only way to end the occupation and achieve a just and lasting peace for Israelis and Palestinians.”

June 5 is commemorated by Palestinians as “Naksa” Day, meaning “setback,” marking the Israeli invasion and occupation of the West Bank, Gaza, Sinai, and the Golan Heights that began on June 5, 1967 during the Six-Day War, displacing some 300,000 Palestinians, as well as thousands of Syrians, from their homes.

While the PA and the international community do not recognize the legality of the occupation of East Jerusalem, Gaza, and the West Bank since 1967, many Palestinians consider that all historic Palestine has been occupied since the creation of the state of Israel in 1948. A growing number of activists have criticized a two-state solution to the Israeli-Palestinian conflict as unsustainable and unlikely to bring durable peace given the existing political context, proposing instead a binational state with equal rights for Israelis and Palestinians.
Amnesty’s new campaign marks a significant boost for the Boycott, Divestment, and Sanctions (BDS) movement, which was founded in 2005 by a swath of Palestinian civil society as a peaceful movement to restore Palestinian rights in accordance with international law through strategies of boycotting Israeli products and cultural institutions, divesting from companies complicit in violations against Palestinians, and implementing state sanctions against the Israeli government.

BDS activists target companies that act in compliance with Israel’s illegal occupation of the West Bank, including East Jerusalem, and encourage supporters to avoid buying Israeli products in order to put pressure on the Israeli government to end the half-century occupation of the West Bank and East Jerusalem the decade-long Israeli siege on the Gaza Strip.

As support for the movement has grown, the Israeli government has introduced anti-BDS policies, including passing a law in March banning foreigners who have openly expressed support in BDS from entering the country.