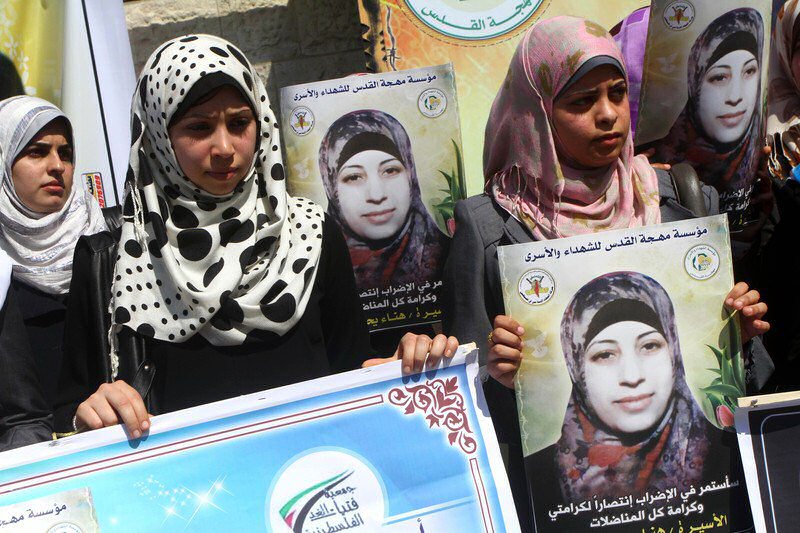 Palestinian women prisoners in Israeli jails launched protest actions on Monday, 5 June as they began to return meals and refuse to stand up for roll call. They are responding to an announced plan to move a number of women prisoners from HaSharon prison to Ramle prison.

In addition, the women prisoners denounced rising prices in the “canteen” (prison store) system, run by a for-profit Israeli corporation, as well as the introduction of handicrafts materials like embroidery thread and needles via the canteen; in the past, these materials have always been provided to the prisoners as gifts from their families. Now, women prisoners are being denied access to gifted handicraft supplies and forced to purchase them instead.

Women prisoners are also protesting ongoing humiliating and invasive strip-searches before transfers and visits, as well as abusive name-calling by Zionist prison guards and jailers. They also reported that women prisoners have been prohibited from taking iftar collectively during Ramadan to break the fast.

There are currently 56 Palestinian women prisoners in Israeli jails; the youngest of the 13 minor girls among them is Malaak al-Ghaliz, 14, from al-Jalazoun refugee camp near Ramallah.

The women prisoners’ protest comes at the same time that striking Palestinian prisoners who conducted a 40-day hunger strike for a series of demands – including access to handicraft materials and an end to abusive transfers and mistreatment of women prisoners – were to hold a meeting with the Israeli Prison Administration on the implementation of their agreement to end the strike in Hadarim and Ashkelon prisons.  However, the mothers of several women prisoners, including Shatila Abu Ayyad and Nurhan Awad, reported that their daughters have only seen worsened treatment, potentially in retaliation for the strike.

The mother of Marah Bakir told Ma’an News that women are being strip-searched when being brought to the prison and that the Ramle prison where prisoners were to be transferred was a section for Israeli criminal prisoners, where Palestinian women prisoners could face further physical and psychological danger.