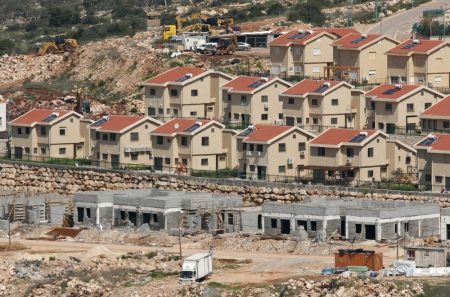 Israeli media, on Wednesday, said that 40 Israeli families have rejected a government plan to be relocated from their houses.

PNN reports that, according to Israeli media, the offer proposed by Israeli Education Minister Naftali Bennett, and approved by Prime Minister Benjamin Netanyahu, was to “relocate the homes to abandoned Palestinian property on the same hilltop, where the West Bank outpost of Amona is currently located.”

However, the settlers said  that the offer was so full of holes it was like “Swiss Cheese” and provided a solution for only a quarter of the families, and that they were prepared for a solution of rebuilding new homes on the same hilltop, and not destroying the current structures until the new ones had been completed.

The controversy over Amona started in 201,4 when the Israeli High Court of Justice had  ruled that the outpost must be demolished by December 25, 2016, because they were built without permits on private Palestinian property.