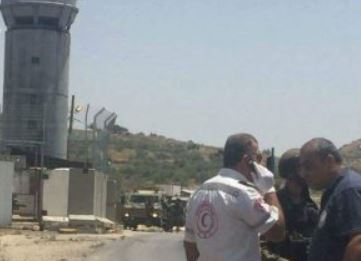 The Israeli authorities handed, on Friday evening, the bodies of six Palestinians, while were killed by the army in different periods of 2016, back to their families, in Hebron, Jenin and Tulkarem, in the occupied West Bank.

The remains were handed to medics of the Palestinian Red Crescent Society (PRC) in Hebron, and were moved to the al-Ahli hospital in the city.

Also on Friday, the soldiers handed the body of Sara Tarayra, 27, (killed on July 1, 2016) to her husband’s family in Jenin, in the northern part of the West Bank, and later the Red Crescent and the DCO ensured the transfer to her family in Bani Neim town, near Hebron.

Furthermore, the army transferred the body of Mohammad Saraheen, 30, (killed on September 15, 2016) to the Red Crescent that moved it to his family in  Beit Ola town, west of Hebron.

In Jenin, in the northern part of the West Bank, the Red Crescent received the body of Sari Abu Ghrab, 24, (killed on August 24, 2016) at the Salem Israeli military base, and moved it to Khalil Suleiman hospital, before handing it to his family in Qabatia town, south of Jenin.

In Tulkarem, in the northern part of the West Bank, the Red Crescent received the body of Ansar Husam Harsha, 25, (killed on June 2, 2016) from Qaffin town, north of the city, and took it to Thabet Thabet Hospital in the city.