Israeli Army Kills A Man, Injures A Woman, In Hebron 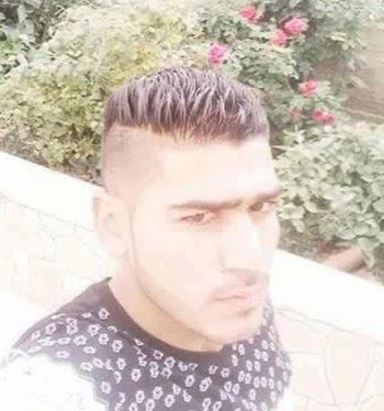 Israeli soldiers shot and killed, Friday, a young Palestinian man, and injured a woman, after opening fire on their car, close to the entrance of Keryat Arba’ colony, in Hebron city, in the southern part of the occupied West Bank.

The Israeli army claims that the man tried to ram two settlers with his car near Elia Junction, close to the colony, before the soldiers opened fire on the car killing the driver and seriously wounding the woman.

No Israelis were physically hurt in the incident, while the police said three settlers suffered “anxiety attacks.”

The army said the slain young man has been identified as Firas Mousa al-Birawi Khdour, 18, while the wounded woman is his fiance, Raghad Abdullah al-Khdour, 18. 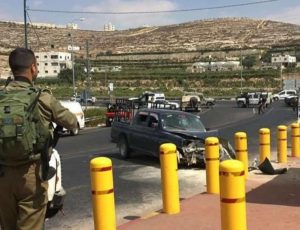 Raghad was moved to an Israeli hospital suffering multiple gunshot wounds, while the extent of her injuries remains unknown.

Palestinian ambulances rushed to the scene of the attack, but the soldiers prevented them from entering it.

Raghad is the sister of a young woman, identified as Majd Abdullah al-Khdour, 19, who was killed  by Israeli army on June 24, 2016, in the same location.

Also on Friday, Israeli soldiers shot and killed a Jordanian man reportedly after he attempted to stab Border Police officers at entrance of Damascus Gate, leading to the Old City of occupied East Jerusalem.