Israel To Release Wounded Palestinian Woman, Whose Fiance Was Killed On September 16 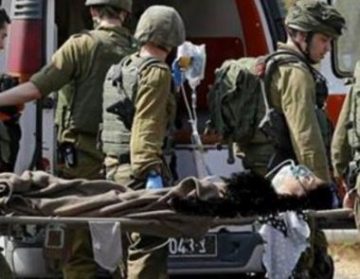 Lawyer Karim Ajwa, of the Palestinian Detainees Committee, has reported that the Israeli authorities decided to release a wounded young woman from Hebron, who was injured, while her fiance was killed, after the soldiers opened fire on their car following what the army alleged an “attempted vehicular attack.”

Ajwa stated that the wound woman, Raghad al-Khdour, 18, from Bani Neim town near Hebron, in the southern part of the West Bank, was injured on Friday September 16, while her fiance, Firas Mousa al-Birawi Khdour, 18, was killed, after the soldiers fired a barrage of bullets on their car.

Raghad was moved to Shaare Zedek Israeli medical center, and has been there since then, while the army was still claiming she and her slain fiancé deliberately tried to ram the soldiers, near Keryat Arba’ Israeli colony, illegally built on Palestinian lands in Hebron.

Palestinian Medical sources said Raghad will be moved to the Palestine Medical Complex, in Ramallah, within the coming 48 hours.

Raghad is the sister of a young woman, identified as Majd Abdullah al-Khdour, 19, who was killed  by Israeli army on June 24, 2016, in the same location.