Israeli Soldiers Kill A Palestinian Man, After Shooting Him In His Home, Near Hebron 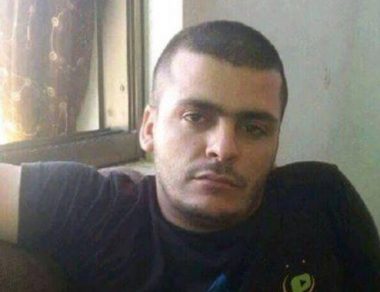 Israeli soldiers shot and killed, on Thursday evening, a Palestinian man from Beit Ola town, west of Hebron in the southern part of the occupied West Bank, during a scuffle that took place after the soldiers broke into his home. The man was injured before the soldiers kidnapped him and his father, and later announced his death.

The Palestinian District Coordination Office (DCO) said the soldiers broke into the family home Mohammad Ahmad Abdul-Fattah Saraheen, 30, leading to the scuffle inside the property.

The soldiers then shot and injured Mohammad, before cuffing him along with his father, Ahmad, and kidnapped them. The army later announced the young man’s death; the father is still held by the army. The fatal shooting took place after a number of army vehicles invaded Beit Ola, and clashed with several youngsters who hurled stones and empty bottles on them, while the soldiers fired gas bombs, concussion grenades and rubber-coated steel bullets, and broke into homes.

In Bethlehem, the soldiers invaded Beit Sahour town, east of the city, and kidnapped a young man, identified as Ramzi Ahmad Khleif, 41.

In Jerusalem, the soldiers kidnapped a young man from a store in Hizma town, east of the city, and confiscated his car. The army claimed to receive information that the man ‘intended to carry out a stabbing attack.”