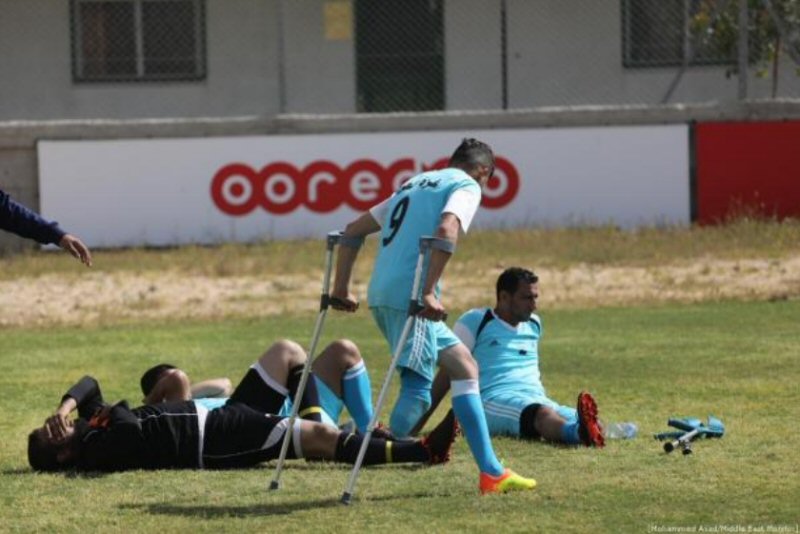 Palestinian amputees, this past weekend, held the first football championship for those who have lost a limb, while living in the Gaza Strip.

Secretary-General of the World Federation of Disabled Persons in the World, Simon Baker, launched the initiative at the Stadium of Palestine.

Baker, who lost his right leg in a workplace accident, in 2004, and uses an artificial limb, was invited by the Red Cross to prepare for the tournament.

The championship kicked off in the Palestine Stadium, which was restored by FIFA after being targeted in the 2014 war. It is being held under the auspices of the Red Cross (ICRC).

Eighty players are taking part in the tournament.

20 of them lost their limbs while participating in the Great March of Return, along the Gaza-Israel fence, while others were injured during previous wars and incidents.

Suhair Zaqout, spokesperson for the ICRC in Gaza, said that her organization is sponsoring people with disabilities caused by military conflicts, and is attempting to reintegrate them into society via psychological and physical rehabilitation.

“People with special needs can represent their countries in regional and international sports competitions,” she told Xinhua.

According to official statistics, the Gaza Strip has seen over 25,000 injured people over the past ten years, hundreds of whom suffer from amputations.