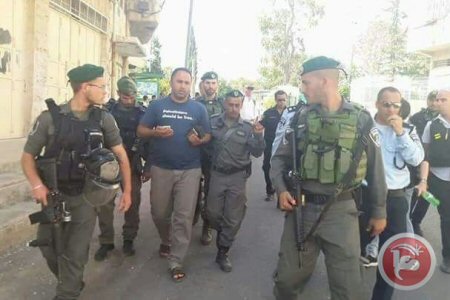 A Palestinian committee in the city of Hebron, in the southern occupied West Bank, has reportedly received an order by the Israeli Supreme Court to evacuate a group of Israeli settlers illegally occupying a Palestinian home in the area.

The home, which belongs to the Abu Rajab family, has been embroiled in a legal battle with Israeli settlers who claim that they purchased the rights to the home, though the Palestinian homeowners and the Israeli state have maintained that the settlers forged the documents.

Despite several court orders preventing the settlers from moving into the home, they forcibly took over the home in late July.

The state of Israel ordered the 15 settlers families living in the Abu Rajab house to evacuate last month, however, the Israeli Supreme Court ordered, in September, to delay the evacuation, based on an appeal submitted by the settlers.

According to Palestinian activists, who held a sit-in protest in front of the home on Friday, the Hebron Reconstruction Committee “was able to issue an order by the Israeli Supreme Court to evacuate Israeli settlers of the Abu Rajab building as it was proven that their entrance to the building was not legal.”

During the sit-in, Israeli forces detained coordinator of the Youth against Settlement group Issa Amro, according to Ma’an News Agency.

Located in the center of Hebron — one of the largest cities in the occupied West Bank — the Old City was divided into Palestinian and Israeli-controlled areas, H1 and H2, following the Ibrahimi Mosque massacre. The Abu Rajab home is located near to this mosque.

Some 800 notoriously aggressive Israeli settlers now live under the protection of the Israeli military in the Old City, surrounded by more than 30,000 Palestinians.

Palestinian residents of the Old City face a large Israeli military presence on a daily basis, with at least 20 checkpoints set up at the entrances of many streets, as well as the entrance of the Ibrahimi Mosque itself.