Another Palestinian Detainee Diagnosed With Covid-19 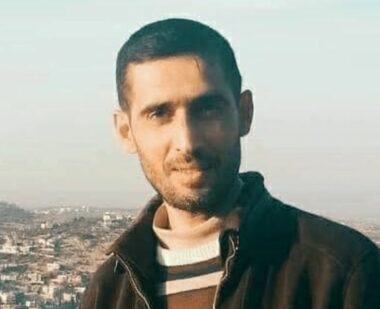 The Palestinian Commission of Detainees and Ex-Detainees Affairs has confirmed that another Palestinian detainee, held by Israel, has contracted the coronavirus.

The Commission stated that the detainee has been identified as Ahmad Abu Seriyya, from Jenin refugee camp, in the northern West Bank city of Jenin.

It added that the detainee was abducted by the soldiers earlier this month, and is held at the Huwwara detention facility and military base, south of Nablus, in northern West Bank.

The Commission also said that the number of Palestinian detainees who have the coronavirus in Israel’s prisons has reached 138.

It is worth mentioning that Abu Seriyya is a former political prisoner who spent nine years in Israeli prisons, detention, and interrogation facilities.

The detainee is scheduled to have a court hearing today, but it remains unknown if it will take place.

Israel is currently holding captive more than 4400 Palestinians, including 155 children, 39 women, 6 elected legislators, 13 journalists, and 350 who are held under the arbitrary Administrative Detention orders, without charges or trial.