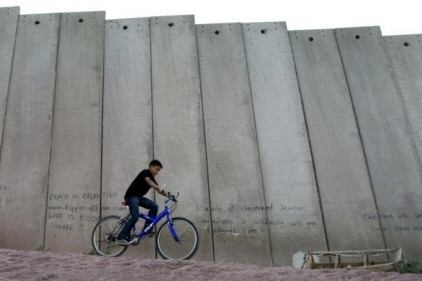 Israeli authorities, Saturday, resumed construction of the apartheid wall on land seized from Palestinians in the village of al-Walaja, northeast of the southern West Bank district of Bethlehem, according to a local activist.

‏ Hasan Brijiyeh, from the wall and settlements committee in Bethlehem, told WAFA that Israeli occupation authorities placed a four-meter-high barbed wire fence in the Ein Jwaizeh area, to the northwest of al-Walaja village, completely enclosing the village.

According to B’Tselem, the Israeli Information Center for Human Rights in the Occupied Territories, “Construction of the barrier in the West Bank gravely violates the rights of Palestinians in the areas affected, restricting their access to their lands, crucial services and relatives on the other side of the barrier. The barrier also prevents any possibility of economic development.”

Some 85% of the Barrier’s route runs inside the West Bank, rather than along the Green Line; if completed as planned, the Barrier will isolate 9.4% of the West Bank, including East Jerusalem, said the United Nations OCHA.

Photo: A Palestinian youth rides his bicycle next to Israel’s separation wall on the outskirts of Jerusalem. (AFP/Ahmad Gharabli), File)