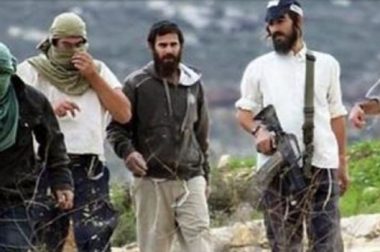 Palestinian medical sources have reported, Saturday, that two residents were injured, one by Israeli army fire, and one after being assaulted by fanatic Israeli colonists, invading Orif village, south of the northern West Bank city of Nablus.

The sources said that one Palestinian, identified as Monir an-Nouri, suffered various cuts and bruises after the Israeli colonists invaded the northeastern part of Orif and hurled stones at him, and at several homes.

Israeli soldiers then invaded the village and fired rubber-coated steel bullets at the Palestinians, wounding a man, identified as Taiseer Safada, 55, in the leg.

It is worth mentioning that Orif has been subject to repeated invasions and assaults by extremist settlers, especially over the past two weeks.