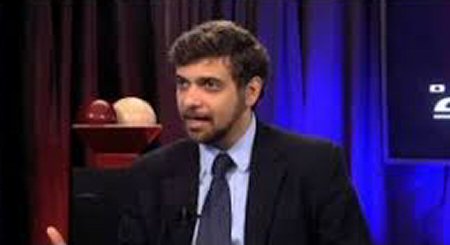 Israeli occupation authorities banned, on Tuesday, the Arab-American activist Raed Jarrar from entering Israel, over his support of the boycott movement against Israel.

Jarrar was barred from accessing pre-1948 Palestinian lands in Israel by recommendation of Israeli Minister of Internal Security Golad Erdan.  Erdan said that everyone who activates against Israel must recognize that the reality has changed.

Jarrar arrived in Gaza and was banned from entering Israeli territory, according to Al Ray Palestinian Media Agency.

Jarrar is a blogger and political activist who works in Washington, DC, and the spokesperson for the US-Arab Anti-Discrimination Committee.