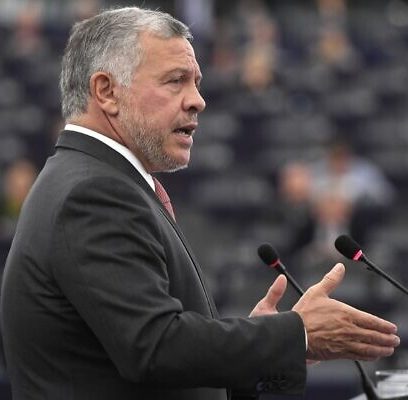 Three key Arab countries, including Jordan, Bahrain and the United Arab Emirates (UAE), have expressed their opposition to the Israeli leadership’s plan to expropriate Palestinian lands, expected to be implemented in July.

For his part, King Abdallah II of Jordan, asserted, in a phone conversation with the Emir of Abu Dhabi, Mohammad Bin Zayed Al-Nahyan, that any Israeli expropriation of Palestinian lands in the occupied West Bank, is vehemently rejected.

According to a statement by the Jordanian royal court, King Abdallah also warned against such plans, saying that they would grossly undermine chances of peace and stability in the entire region.

The statement read that the Jordanian Monarch emphasized that a two-state solution is the only workable way out of current conflict and that the occupied East Jerusalem should be on top of such a solution, as the capital of a future Palestinian state, within the 1967 borders.

In the meantime, the Emir of Abu Dhabi, Mohammad Bin Zayed Al-Nahyan, tweeted his country’s stance on Thursday “The United Arab Emirates is completely supporting the Jordanian position regarding Israeli annexation plans, which are completely illegal”.

Also, the King of the Arab Gulf state of Bahrain, King Hammad Al-Khalifa, was quoted as saying, during a phone conversation with his Jordanian counterpart, that his country is totally opposed to Israeli annexation plans for the Palestinian West Bank.

King Al-Khalifa considered such Israeli plans to be a threat to peace in the Middle East region.

On Thursday, Jordanian Foreign Minister, Ayman Al-Safady, made an abrupt visit to the West Bank city of Ramallah, where he met with Palestinian Authority’s (PA) President, Mahmoud Abbas.

Jordan has recently warned against any Israeli moves that are unilateral and illegal, under international law and contradictory to United Nations resolutions pertaining to the Israeli occupation and colonization.

The peace treaty that was signed by Jordan and Israel, back in 1994, could be impacted if Israel proceeds with its declared annexation plans, by July, Jordanian officials have recently warned.

Some time ago, Israeli Prime Minister, Benjamin Netanyahu, announced that Israel would annex the Jordan Valley’s Al-Aghwar area of the West Bank, to the full sovereignty of the occupation state of Israel.

The Al-Aghwar area is occupied Palestinian territory, rich in agriculture, which Palestinians depend on for a variety of produce.