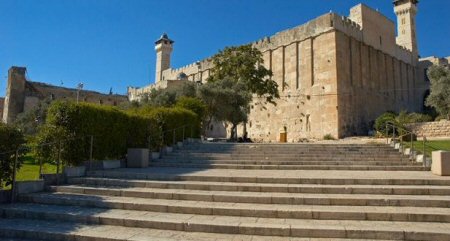 League of the Arab States denounced on Thursday, the latest Israeli authorities’ decision to confiscate the vicinity of Palestinian-Muslim ‘Al-Ibrahimi’ or Ibrahimi Mosque, in the southern occupied West Bank city of Hebron.

In a statement, issued by the league, 22 Arab states considered the latest confiscation a part of Israel’s attempts to change the demographic in the area, with the goal ‘judaizing’ the old Palestinian city of Hebron. The statement called on the international community to pressure Israel to implement all relevant international resolutions regarding holy shrines across the occupied Palestinian territories.

The statement also noted that the decision regarding Hebron’s holy shrine could be a part of Israel’s continued attempts to annex Palestinian territories to the occupation state of Israel.

The Arab states demanded that the international community and the United Nations’ Security Council take action with regards to the situation in Palestine, in a way that would forge a just solution for the conflict, based on a long-anticipated two-state solution, with the state of Palestine with East Jerusalem as its capital, living side by side with the Israeli state.