Archbishop Hanna: “There Can Be No Real Peace Without Ending Israeli Occupation” 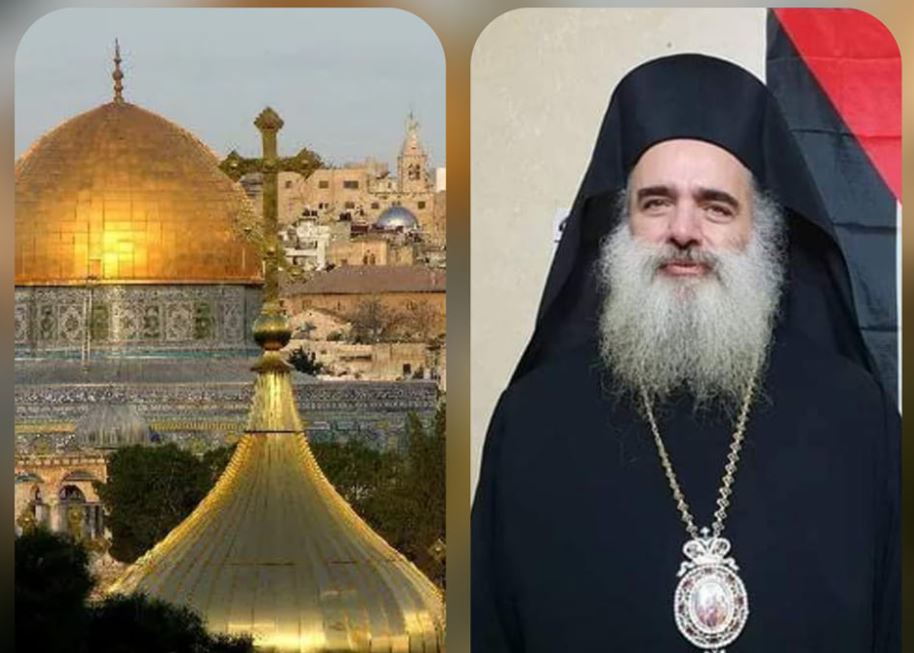 Father Attallah (Theodosius) Hanna, the Archbishop of Sebastia from the Greek Orthodox Patriarchate of occupied Jerusalem, stated that there can be no real peace in the region without ending the illegal Israeli occupation and fully recognizing the Palestinian legitimate rights and aspirations.

Father Hanna’s statements came while welcoming diplomats in occupied Jerusalem, during which he said that real peace cannot be achieved by ending the Israeli occupation and implementing the stolen legitimate rights of the Palestinian people.

“Any talk about peace is a big lie if this peace is not based on justice and equality,” he said, “Achieving real peace can only be done through implementing the legitimate rights of the Palestinian people, who are aspiring for freedom and sovereignty on their own ancestral lands.”

“The Palestinians want to live in peace and liberty just like other nations do,” Father Hanna added, “Do not search for peace if you don’t affirm the principles of justice. Peace is a beautiful word mentioned in the holy books, but it is also directly linked to justice and equality, and when justice is absent there can be no real peace.”

During his meeting with the diplomats, Father Hanna also informed them of the latest developments and the suffering the Palestinians face in Palestine, and its occupied capital, Jerusalem, in addition to answering their questions.