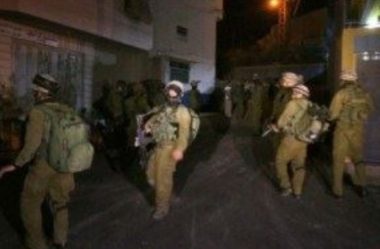 Israeli soldiers abducted, on Monday at dawn, two young Palestinian men in Azzoun town, east of Qalqilia, in the northern part of the occupied West Bank.

Eyewitnesses said the soldiers invaded and ransacked many homes in the town, especially in the Northern Neighborhood, interrogated many Palestinians while inspecting their ID cards, and abducted two.

The abducted Palestinians have been identified as Mohammad Emad al-Qobrosy and Odai Saqer Salim.