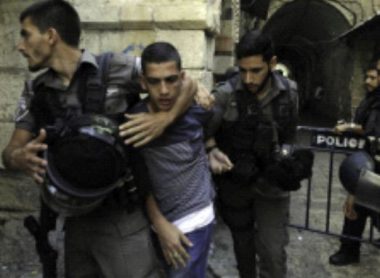 Israeli soldiers invaded, on Monday at dawn, the town of al-‘Isawiyya, in the center of occupied East Jerusalem, searched many homes, and abducted thirteen Palestinians, before moving them to detention and interrogation centers in the city.

The soldiers interrogated many Palestinians, while searching and ransacking their homes, and abducted thirteen Palestinians.

The army also installed roadblocks in the town, preventing the Palestinians from crossing, and withdrew later.