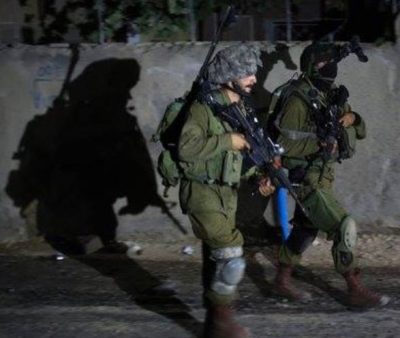 The Palestinian Prisoners’ Society (PPS) has reported that Israeli soldiers have kidnapped, Monday, two children in Bethlehem governorate, and one man from the northern West Bank governorate of Jenin.

The soldiers also abducted a man, identified as Ibrahim Abdul-Rahman Abu Bakr, from Ya’bad town, southwest of Jenin, at the al-Karama border crossing, between the occupied West Bank and Jordan, while he was returning home after the pilgrimage in Mecca.

On Monday at dawn, the soldiers invaded the town of al-‘Isawiyya, in the center of occupied East Jerusalem, searched many homes, and abducted thirteen Palestinians, before moving them to detention and interrogation centers in the city.