Army Abducts A Child In Jerusalem 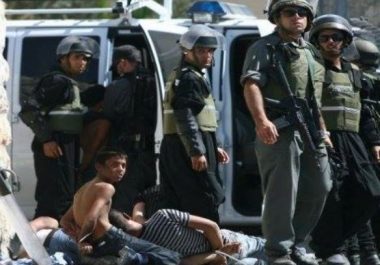 The Wadi Hilweh Information Center in Silwan (Silwanic) said the soldiers abducted the child near the Rashidiyya School, close to the Sahera Gate (Herod’s Gate).

It added that the soldiers cuffed the child, who remained unidentified at the time of this report, and took him to an integration center in Jerusalem.

In related news, an Israeli court in Jerusalem ordered a Palestinian, identified as Rami al-Fakhouri, who was recently abducted, under further interrogation until October 22nd.

It is worth mentioning that the soldiers abducted, on Sunday at dawn, fifteen Palestinians during massive invasions and violent searches of homes, in different parts of the occupied West Bank.