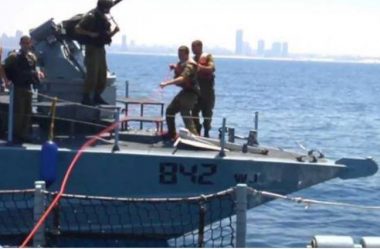 The WAFA Palestinian News Agency has reported that the navy fired dozens of live rounds at the boats, while were fishing less than four nautical miles from the shore, and boarded two.

It added that the navy abducted four fishermen, who were on the boarded boats, and took them to Ashdod port.

The attack is part of frequent Israeli violations against the Palestinians in the impoverished and besieged Gaza Strip.

Such attacks have led to dozens of casualties, including many fatalities, in addition to resulting in scores of injuries, the destruction of boats and property, and the illegal confiscation on fishing boats.

In May of this year, a fisherman, identified as Mohammad Majed Bakr, 25, was killed by live Israeli navy fire, after  the navy ships fired dozens of rounds at fishing boats less than four nautical miles from the Gaza shore.