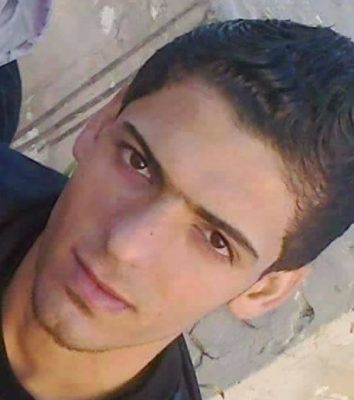 Medical sources in Gaza have confirmed that a Palestinian fisherman died, on Monday evening, from wounds he suffered during morning hours, after Israeli navy ships opened fire on fishing boats less than four nautical miles from the Gaza shore.

The fisherman, Mohammad Majed Bakr, 25, was seriously injured after the navy fired many live rounds at the fishing boats, and was later moved to Barzelai Israeli Medical Center, where he died from his wounds.

His corpse was later transferred back to the besieged Gaza Strip, where hundreds of Palestinians marched in his funeral ceremony and burial. Mohammad, from Gaza, was a married father of two children.

After the navy attacked Palestinian fishing boats, close to the Sudaniyya Sea shoe in Gaza, the navy abducted Mohammad, along with Mohammad Abu Warda, 27, and his brothers Yousef, 22, and Hussein, 14.

The Palestinians were not informed that Mohammad was injured by the navy fire, until he died from his wounds.

During the navy attack, at least 60 fishing nets were destroyed; one fishing boat was confiscated, while four other fishermen were abducted in an earlier attack. The Palestinian Center for Human Right (PCHR) said that Israeli gunboats opened fire at a fishing boat manned by four fishermen, wounding Mohammed with a bullet to the abdomen.

PCHR added that “on Sunday May 14, Israeli gunboats stationed off al-Wahah shore, west of Beit Lahia in the northern Gaza Strip, chased a fishing boat belonging to ‘Ashour Shamalakh, who was sailing within 3 nautical miles.

One of the Israeli gunboats then surrounded the fishing boat, which was manned by three fishermen, and the Israeli soldiers ordered the fishermen to stop fishing and arrested them. Those arrested fishermen were identified as Mohammed Sa’id Bakr, 17, Mohammed Tariq Baker, 22, and ‘Abdullah Sabri Baker, 19.

The gunboats then surrounded a fishing boat belonging to Amin Abu Warda, 49, sailing within 2 nautical miles, and manned by his three sons, Yousif, 27, Mohammed, 24, and Hussein, 13. All of them are from Jabalia.

The Israeli naval soldiers forced them to take off their clothes, jumped into the eater and swim towards the Israeli gunboat; the fishermen were then arrested while the boat was confiscated.”