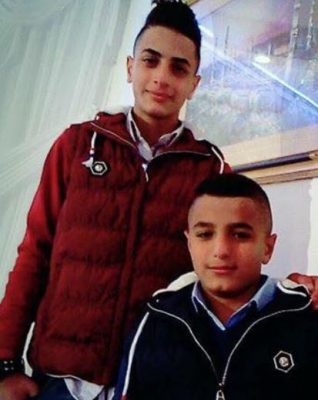 The two children, identified as Jamal and Mohammad al-Ghoul, were moved to an interrogation center in the city, after the soldiers searched their home.

It is worth mentioning that Silwan witnessed extended clashes between local youngsters and Israeli soldiers, invading several parts of the town.

The invasions were focused in Ein al-Louza neighborhood, and the soldiers fired dozens of gas bombs and concussion grenades, many of them targeting homes, and causing dozens of Palestinians, including children, to suffer the severe effects of teargas inhalation.

On Monday at dawn, the soldiers abducted three Palestinians in Hebron governorate, and two in Bethlehem, after the army invaded several homes and searched them.