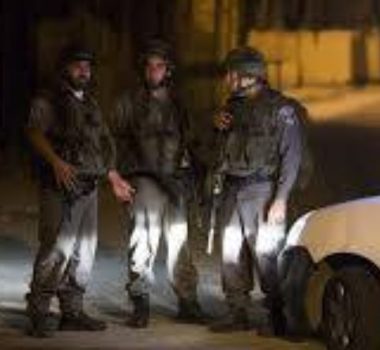 Israeli soldiers abducted, on Thursday at dawn, a former political prisoner from the northern West Bank city of Nablus, and attacked dozens of protesters in Sebastia and Qaryout nearby towns.

Media sources in Nablus have reported that several army jeeps invaded Rafidia neighborhood in the city, and abducted a former political prisoner, identified as Amir Salama, 23.

They added that the soldiers violently searched and ransacked Salama’s home, and interrogated several members of his family, before abducting him.

Furthermore, the soldiers invaded the Archeological Area in Sebastia town, northwest of Nablus, for the sixth time this week, and attacked dozens of Palestinian protesters with concussion grenades and gas bombs.