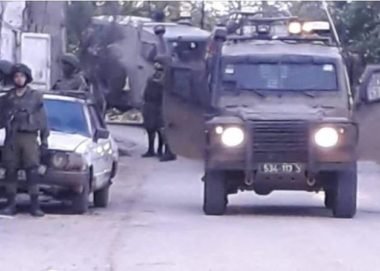 Israeli soldiers abducted, on Thursday evening, a Palestinian child in Azzoun town, east of Qalqilia, in the northern part of the occupied West Bank.

It is worth mentioning that Azzoun has been under a strict Israeli military siege for the eighth consecutive day.

The Israeli army has been surrounding the village, and conducting repeated invasions of homes, in addition to abducting many Palestinians, including children from the town.