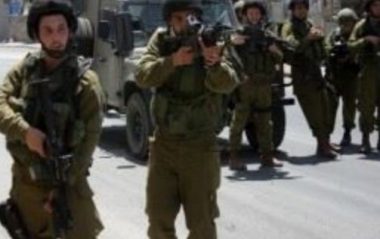 The Bethlehem office of the Palestinian Prisoners’ Society (PPS) has reported that the soldiers invaded and searched homes, and interrogated several young men, before abducting one.

The PPS said the abducted young man has been identified as Mohannad Ateyya Ta’amra, 21, and that the soldiers took him to Etzion military base and security center, south of Bethlehem.

In the besieged Gaza Strip, Israeli navy ships fired many live rounds at Palestinian fishing boats, in Gaza territorial waters, in the Sudaniyya Sea, in the northern part of the costal region, and the Central District, forcing the fishermen back to shore.