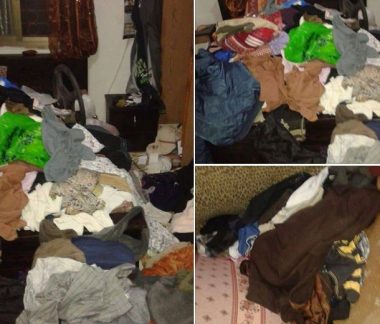 The soldiers clashed with many local youngsters, who hurled stones at the invading military vehicles, while the soldiers fired live rounds, including the illegal Toto expanding bullets, in addition to rubber-coated steel bullets and gas bombs.

Medical sources at the Palestine Medical Complex, in Ramallah, said the soldiers shot a young man with a Toto bullet in the leg, and another Palestinian with a rubber-coated steel bullet in the arm.

The soldiers also stormed and ransacked many homes in the village, an abducted the wife of detainee Saleh Suleiman Abu Nabhan, who is imprisoned by Israel, serving a twenty-year sentence.

Deir Abu Mashal remains under tight siege, and constant invasions, since Friday evening, after three young men from the village were killed, after attacking Israeli officers and soldiers, in Jerusalem, killing one.