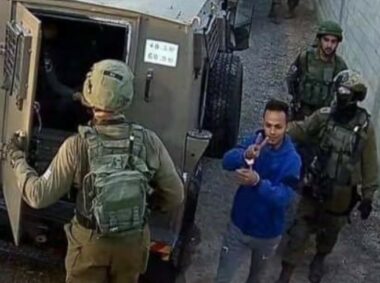 Media sources said the soldiers invaded the Aqabat Jaber refugee camp, at the southern entrance of the city, and abducted Husam Ismael Abu Dahouk, 26, after breaking into his home and searching it.

In addition, the soldiers abducted, on Tuesday morning, eight Palestinians from their homes in several parts of the occupied Palestinian capital, Jerusalem.