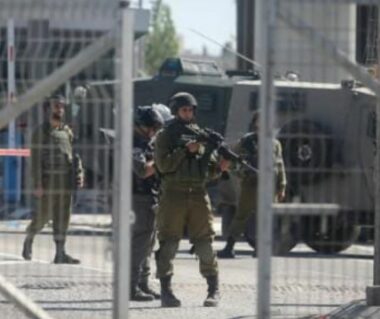 Israeli soldiers abducted, on Wednesday evening, a young Palestinian man at a military roadblock near Ya’bad town, southwest of the northern West Bank city of Jenin.

Montaser Sammour, the head of the Jenin office of the Palestinian Prisoners’ Society (PPS), said the abducted young man has been identified as Mahmoud Mohammad Nazzal, from Qabatia, south of Jenin.

He added that the soldiers stopped and searched dozens of cars, and interrogated many Palestinians while inspecting their ID cards, before abducting the young man, who was taken to a nearby military base.