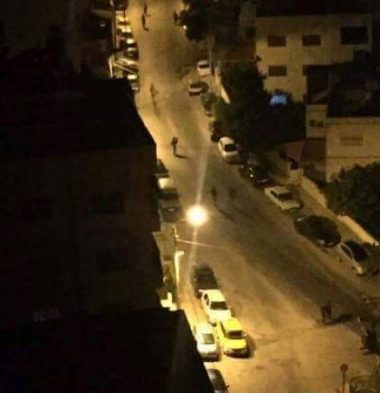 Israeli soldiers abducted, on Wednesday at dawn, a young Palestinian man, allegedly carrying a weapon, after the army stopped a Palestinian bus and searched it, south of the northern West Bank city of Nablus.

Israeli sources said the Shabak security service received what it called a tip, about an armed Palestinian in a bus driving towards the Taffouh military roadblock, southeast of Nablus.

The soldiers stopped the bus before boarding it, and abducted the Palestinian without any instance. The man is from Balata refugee camp in Nablus.

The army said the Palestinian was carrying an M-16 automatic rifle, and that the soldiers confiscated the weapon, and took the man to an interrogation facility.