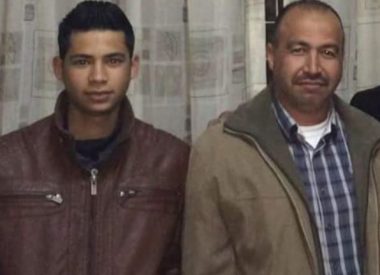 The Palestinian Prisoners’ Society (PPS) has reported that Shafiq al-Halabi, the father of Mohannad, who was killed by the army last year, has declared a hunger strike, protesting his detention without charges.

Shafiq was taken prisoner on Sunday January 29, 2017, after he was summoned for interrogation at the Ofer Israeli prison and interrogation center, west of Ramallah, in central West Bank.

After officially holding him captive, Shafiq declared a hunger strike, protesting his illegal detention, and being targeted by the military.

Shafiq is the father of Mohannad Halabi, 19, who was killed by Israeli army fire, on October 3rd 2015, in Jerusalem’s Old city, after allegedly stabbing to death an armed Israeli man, grabbing the gun of a settler who intervened, then killing another person and wounding two others.