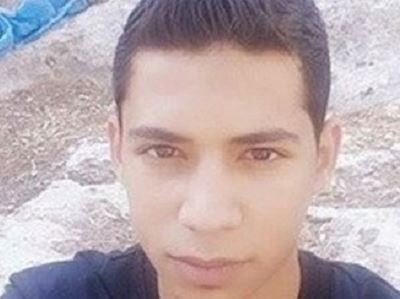 A Palestinian teen was shot to death by Israeli police after allegedly stabbing to death an armed Israeli, grabbing the gun of a settler who intervened, then killing an additional person, and wounding two others in the Old City of Jerusalem.The attacker was identified as Mohannad Shafiq al-Halabi, 19, from Al-Bireh town, near Ramallah.

According to the police, the assailant shot at them with a gun he had grabbed from one of the wounded.

The victims are reportedly all members of the same ultra-Orthodox family. A forty year old man was pronounced dead at the scene, while a woman was listed in critical condition in Hadassah medical center in Jerusalem.

A two year old was reportedly mildly injured, and was taken to Shaare Zedek Medical Center.

Following the attack, Israeli police stormed the Old City, ransacking shops and forcing Palestinians out of the area around the Lion’s Gate, where the attack took place.

This assault comes after weeks of escalating attacks by the Israeli military and settlers in the Old City of Jerusalem, specifically targeting the Al-Aqsa Mosque, the third holiest site of Islam.

Palestinians under age 50 have been barred from the area this entire week, as the Jewish festival of Sukkot, commemorating seven days of harvest and remembering the years that Jews spent wandering in the desert after escaping slavery in Egypt.