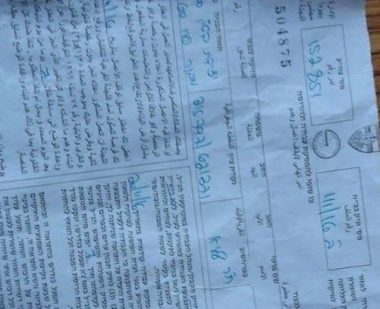 Israeli soldiers abducted, on Wednesday at dawn, two Palestinians in the West Bank districts of Tubas and Tulkarem, during violent invasions and searches of homes. The soldiers also invaded the al-Khader town, south of Bethlehem, and shut down a carwash facility.

The Palestinian Prisoners’ Society (PPS) in Tubas, in central West Bank, said the soldiers invaded and searched several homes in ‘Aqaba town, north of the city, and abducted two Palestinians.

The PPP identified the two Palestinians as Amro Ahmad al-Masri, 24, who is also a student of the Al-Quds Open University, and Salah Yassin Ghannam, 23.

In related news, several army vehicles invaded the al-Khader town, south of Bethlehem, before breaking into a carwash facility in the Nashash area, at the southern entrance of the town, and shut down a carwash facility.

Ahmad Salah, the coordinator of the Popular Committee against the Wall and Colonies in al-Khader, said the soldiers weld the facility shut, and added that it is owned by two Palestinian detainees, who were taken prisoner last month.

Salah added that the detainees have been identified as Abdul-Mon’em Mohammad Salah, and his brother Dirar.

The army posted a notice on the main door of the facility, stating that “it was shut down because its owners endangered the lives of Israelis,” Salah stated.

In related news, the soldiers abducted a young Palestinian man, allegedly carrying a weapon, after the army stopped a Palestinian bus and searched it, south of the northern West Bank city of Nablus.