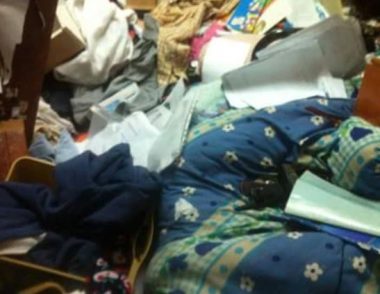 The soldiers abducted No’man Hamed, 21, after detonating the main door of his family’s home, and searched the property, causing excessive damage.

Hamed’s mother said the soldiers interrogated the family while searching the property, and abducted her son, who was previously a political prisoner, held by Israel for eleven months.

It is worth mentioning that the family is living in a new property, after its home was detonated and destroyed by the army, when the soldiers accused their other son, Moath Hamed, of carrying out a shooting attack against them.

In addition, the soldiers surrounded the family homes of Abdul-Fattah Basman Hamed, 17, and Saleh Husam Hamed, 18, and searched their surroundings before withdrawing from the town.

The two Palestinians are currently held by Israel under interrogation, after the soldiers abducted them from their homes, last week.

Also at dawn, the soldiers abducted two Palestinians in the West Bank districts of Tubas and Tulkarem, during violent invasions and searches of homes, and invaded the al-Khader town, south of Bethlehem, before shutting down a carwash facility.

In addition, the soldiers abducted a young Palestinian man, allegedly carrying a weapon, after the army stopped a bus and searched it, south of the northern West Bank city of Nablus.