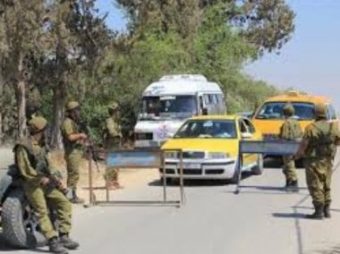 Israeli soldiers abducted, on Wednesday evening, a young Palestinian man after stopping him at a sudden military roadblock, near the northern West Bank city of Nablus.

Eyewitnesses said the soldiers installed a sudden military roadblock, near the al-Bathan Valley area, in the northern West Bank district of Nablus, stopped and searched several cars, and investigated the ID cards of the passenger, while interrogating some of them.

They added that the soldiers abducted a young man, identified as Emad at-Tubasi, while he was on his way back home in Nablus, and took him to an unknown destination.