After Convicting Her Of Attempted Stabbing, Israeli Court Sentences Palestinian Teen To 13 Years 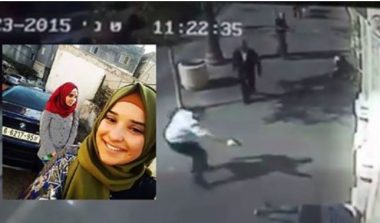 An Israeli court sentenced, Wednesday, a wounded Palestinian teenage girl to 13.5 years in prison, after convicting her of an attempted stabbing attack in Jerusalem, along with her cousin Hadeel, who was executed after being shot and seriously injured.

The Palestinian Prisoners Society (PPS) has reported that an Israeli court, in occupied Jerusalem, sentenced Nourhan Awwad, 16, to 13.5 years, and a 30.000 Israeli shekels fine, after convicting her of carrying out an attempted stabbing attack in Jerusalem, on November 23, 2015.

Nourhan was shot and injured in the incident, while her cousin Hadeel Awwad, 16, was first shot by an Israeli guard, and then was executed after while bleeding on the ground.

The incident, which took place in Jaffa Street in Jerusalem, was caught on a surveillance video, showing the two girls being shot the first time by an armed guard, then shot again after being neutralized.