Army Abducts A Palestinian Near Qalqilia 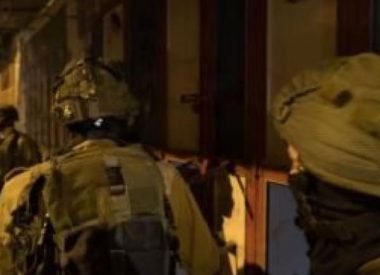 The Palestinian Prisoners’ Society (PPS) has reported that Israeli soldiers abducted, on Thursday at dawn, a young Palestinian man from his home in Azzoun town, east of Qalqilia, in northern West Bank.

The PPS said the soldiers invaded the home of Wa’el Hussein, 25, in the al-Mintar neighborhood, and abducted him after violently searching his property.

It added that the soldiers also invaded and ransacked the home of Amir Dahbour, 28, and withdrew later.