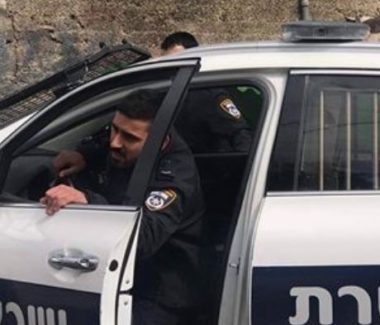 Israeli police officers abducted, on Friday before noon, a Palestinian teenage boy, from the al-‘Isawiya town, in the center of occupied East Jerusalem, and took him to an interrogation facility.

Media sources said the soldiers detained the teen, identified as Ahmad Mustafa, while walking on Nablus Road, in Jerusalem, for wearing a shirt advertising for the Palestinian Marathon which comes to counter the Israeli marathon in the occupied city.

On Friday at dawn, the soldiers abducted Mohammad Abu al-Hummus and took him to an interrogation facility in the city, for calling for the marathon.

On Thursday at night, the soldiers released Samer al-Qabbani, one of the guards of the Al-Aqsa Mosque in Jerusalem, who was taken prisoner, Thursday, and interrogating him for several hours.

The Palestinian also received orders denying him access to the Al-Aqsa Mosque for five days.