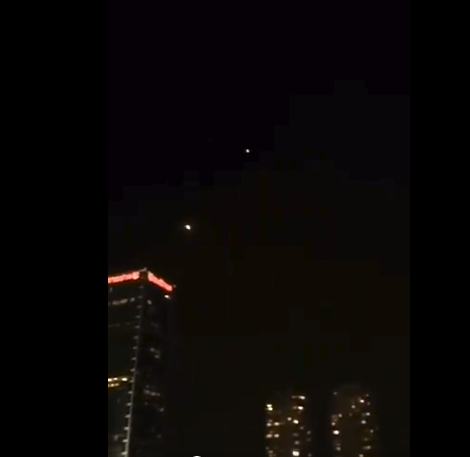 After two nights of wide-scale bombardment of the Gaza Strip by Israeli forces in which dozens of bombs were dropped on the crowded coastal enclave, someone in Gaza apparently attempted to retaliate Thursday night by firing several shells toward Israel.
But the Palestinian  resistance groups in Gaza, usually quick to claim credit for actions they take, all denied involvement in this attack.
Hamas, the Islamic Jihad and the Popular Resistance Committees  all issued separate statements officially denying any involvement in relation to the firing of the missiles.
The Al-Qassam Brigades, the armed wing of Hamas, said in a brief statement that the timing of these missiles being fired is suspicious, as it came while Hamas leaders were meeting with an Egyptian security team, discussing arrangements to maintain calm in the coastal region.
In addition, Daoud Shehab, the spokesperson of the Islamic Jihad, denied Israel’s allegation that the Islamic Jihad movement was the one that fired the missiles toward Tel Aviv.
The Salaheddin Brigades, the armed wing of the Popular Committees, also issued a statement denying any connection with the missiles.
It is worth mentioning that, from time to time, some unknown smaller group, tries to fire missiles largely into open areas in Israel, which to many observers looks like an act that is meant to create tension, and drag the region into a new wave of military escalation.
For its part, the Ministry In Interior and National Security In Gaza said that the firing of the missile violated the agreement between the resistance factions in Gaza, and the national consensus regarding avoiding military escalation with Tel Aviv. It added that is will conducted all needed measures to find the individuals who are responsible for firing the missiles.