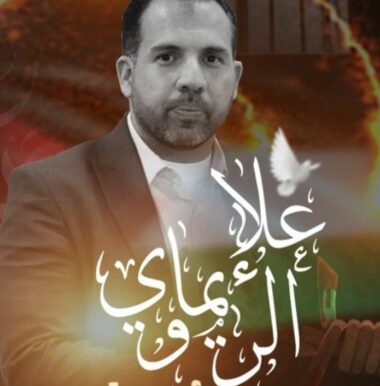 Israeli soldiers abducted, Wednesday, the director of a Palestinian media and news agency in Ramallah, in central occupied West Bank.

The J-Media News Agency in Ramallah, issued a statement denouncing the army’s abduction of its director, Ala’ Rimawi, 43, a veteran journalist, from his home in Beit Rima town, north of Ramallah, after the soldiers stormed and ransacked his home.

It added that the attack is part of Israel’s ongoing violations against the journalists and the various media outlets in occupied Palestine, and denounced the constant breaches of International Law and all related agreements, especially the Freedom of the Press.

It is worth mentioning that Rimawi’s abduction brings the number of Palestinian journalists, imprisoned by Israel to 26.